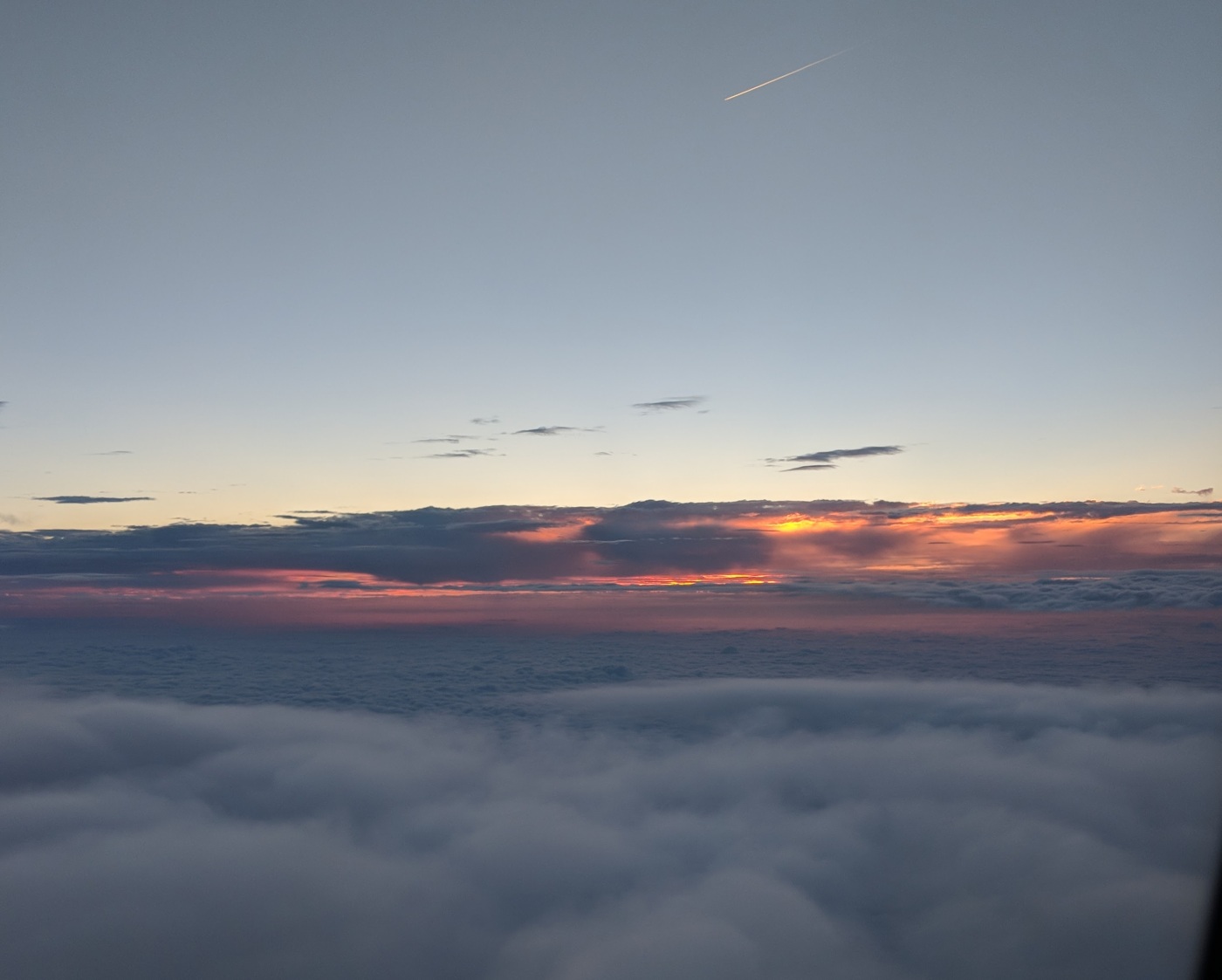 The voyage has commenced! Clayton and I are embarking on a journey across the globe. We departed from Washington DC on September 10 with one-way tickets across the Atlantic.

It has been an incredibly hectic week, but the silver lining of a long plane plane ride is ample time where you are forced to sit, and I can take some time to clatter away on a keyboard and annoy the people next to me.

Over the past few weeks, we’ve fielded many different questions about this journey. They typically include one, some, or all of the following – Wait, what are you doing? Where are you going? How long will you be gone? How are you doing this? Why are you doing this? These are all perfectly valid questions, and believe me, the latter is one question that has been running through my mind on repeat during the more stressful moments.

First, “where” are we going. We have a rough itinerary in place for the next year or so. Our first stop is Paris for two weeks, then it will be traveling across the United Kingdom until we return home to the Midwestern USA for Thanksgiving. Then it’s off to Iceland and Norway for the rest of the holiday season – we fully expect to be extremely cold, but I dearly want to experience a Norwegian Christmas. After the New Year, we will be escaping winter by flying clear across the globe to New Zealand, where we will spend a month before hopping over to Adelaide, Australia to perform in the fringe festival. From Australia, it’s off to Southeast Asia, then back to Europe for the summer months. Our itinerary is less specific the farther out it is, but we plan enough ahead to know that we can get from point A to B, and have a safe place to rest our heads each night.

The “how” answer is perhaps less satisfying, because it isn’t as miraculous as you might think. Neither of us suddenly became independently wealthy, and neither of us won the lottery. Instead, we’ve been saving like crazy. We’ve been mastering travel sites and airline ticket sites to get the best prices we possibly can. We are flexible in our dates.  For lodging, AirBNBs are cheaper the longer you stay, but even those will be our luxury lodgings. We look for opportunities for free room and board through CouchSurfing and WWOOFing, the latter a volunteer organization where you trade volunteer hours on an organic farm for free room and board. To give you an idea, we’ll be staying at a manor house and a castle in Ireland and England, and our work will be winterizing vegetable gardens and picking apples for juicing. Finally, we’re going to be looking for any gigs we can muster up, from remote work to open mic nights at the local pub. The logistics of traveling cheaply aren’t glamorous, nor are they easy (think massive color-coded spreadsheets) but it is so, so worth it.

I wonder if someone needs a reason for this type of adventure, but I do have an answer to “why”, regardless. Ever since I could first imagine what a foreign country might mean, I wanted to travel to them. I grew up listening to my parents tell stories of the place I was born, how wonderful it was to travel, how exciting it was to live in France. When I was in elementary school, I started a piggy bank to save up for my overseas journey to New Zealand. I made it to $67 before spending it on a video game, but I still think that was admirable for a ten year old. It’s been a long time since I recorded funds on a piece of scrap paper tucked into my bed frame, but the plan was in motion. Despite the odd video game or two, just about every spare penny went into savings for my departure overseas. Every choice I have made was made with an end goal in mind. I dreamed of traveling the world, so there was no question that I wouldn’t do everything to reach that goal. In Clayton, I found another soul plagued by wanderlust. Someone who didn’t think that uprooting and seeing as many places in the world that I possibly could was crazy. Someone who said “yes” without hesitating when I said “come with me”.

More often than not, the above questions are followed by a statement.

And this is one that I struggle with. Because honestly, I don’t feel very brave. There are moments that I question everything that we are doing. Where I consider how very stupid it is to leave everything that is known and comfortable behind. Where I imagine every possible bad thing that can happen to us. Where I feel soul-crushingly terrified.

Goodness, you say! Does she know her blog is titled Sans Peur, you wonder? That she should voyage without fear? Already the author is failing us, you protest! Perhaps I have, but hopefully only in that this blog is poorly named. Maybe instead it should be voyaging despite fear. Fear, apprehension, anxiety – whatever you may call it – will always be there. So instead of brave, I feel determined. I feel that that dream is more important than the fears that I have, so I will let that win the mental battle every time.

We live in a world where fear is far more powerful than it should be, because the powerful use fear way more than they should. People who are different from us are not demons. People who do not know our spoken language are not less intelligent. People who look different than we do are not any less, in any way. I think we are giving fear far too much credit these days.

As travelers, perhaps the bravery we do have is that we are not afraid to be afraid. We’re ready to be lost, confused, tongue-tied, and labeled as “dumb tourists”. We’re ready to be the people that look differently, speak differently, perhaps act differently (though always respectfully). I am not naive enough to believe that everything will be sunshine and roses this year, and that the red carpet will unfurl before our feet. I know there will be moments of fear and misery – from missed trains to language barriers to downright uncomfortable situations. But we’re ready to believe in the common language of humanity and the grace of adventure.

And so here we are, on a plane over the Atlantic, that decades-old dream now a reality.

It’s an odd feeling. I suppose I expected fireworks my mind, so to speak. A mental banner that popped out of a cannon proclaiming “You Did it!” when the plane took off. But the consequence of being mired in logistics and planning is that the line between dream and reality becomes blurred – so much so that I’m no longer sure that the moment the plane took off was the dream coming true. Perhaps it was when we packed our bags. Perhaps it was when we bought the first plane ticket months ago. But after all that, I am wont to believe that the moment the dream became a reality was when a ten year old girl meticulously began to count her change.