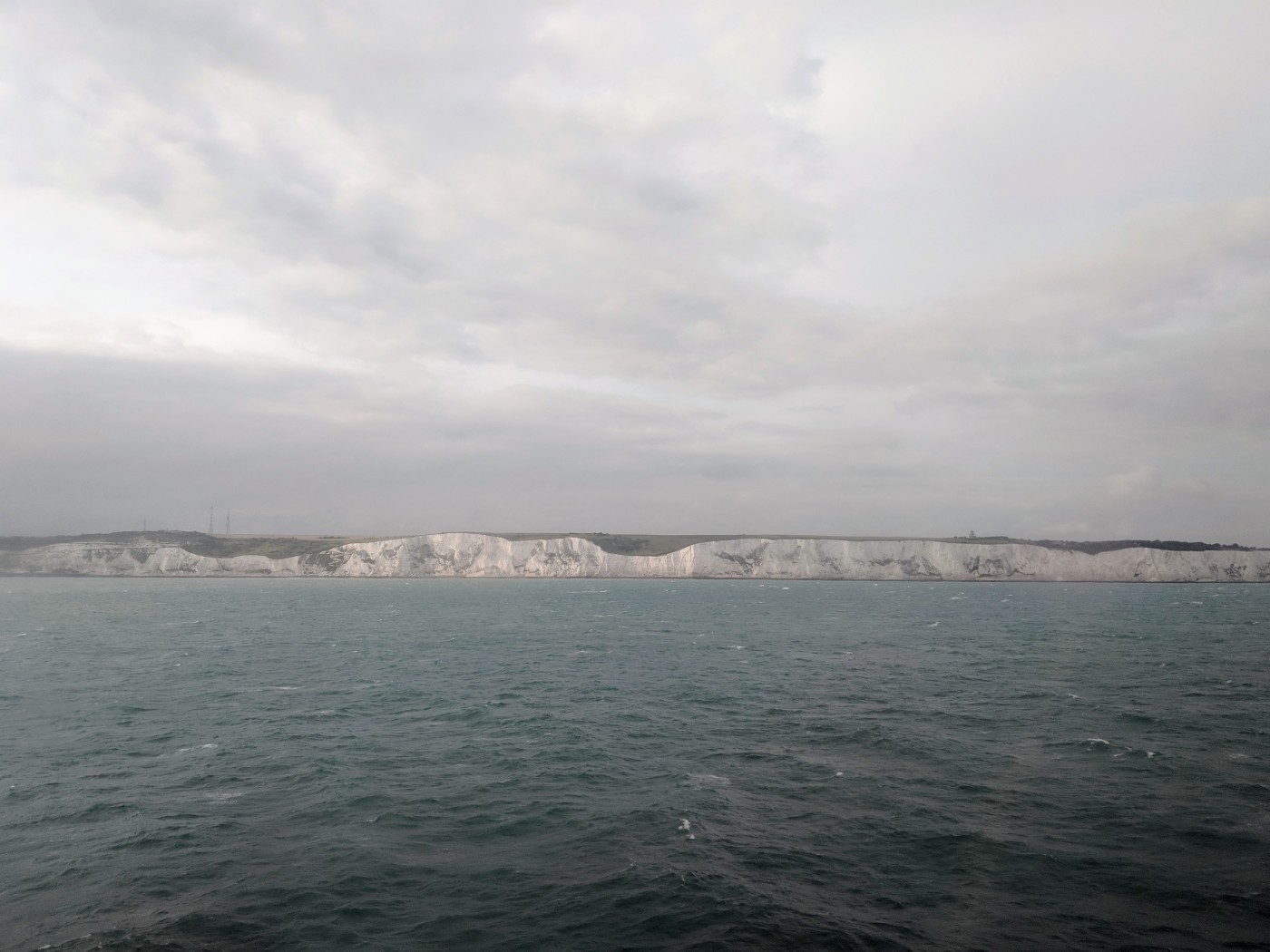 The morning of September 20 found Clayton and I dragging our luggage across Montreuil, clambering onto buses, and making our way to the International Coach Station at Gallieni. We would be taking a bus from Paris to London. Originally assuming that we would take the train, we quickly changed our minds when we saw the prices. Trains from Paris to London can be over 100 euros, often much higher. It may be less if you book further in advance, but by the time we were looking at prices, our fate was sealed. We begrudgingly looked at flights, which were somehow cheaper, but then Clayton stumbled upon bus tickets for only 14 euros each. We jumped on them for the price, willing to spend hours on a cramped bus to save that much, and besides, we would be able to see the countryside.

We were pleasantly surprised, therefore, when the bus turned out to be easily one of the coolest experiences of the trip so far. The bus station took some finding, and was honestly pretty sketchy, not inspiring much confidence. As we waited to board the bus, I nervously circled it, hoping to see a bathroom but finding none. Although the website guaranteed one in each bus, I frustratedly whispered to Clayton “well unless it’s down between the wheel wells, there sure as heck isn’t one” (comment censored for young audiences). Ten hours with no bathroom? Yikes. As we boarded, I asked the driver in a last ditch effort, and he cheerfully answered “of course, just go down the stairs”. Well what do you know. There was a bathroom between the wheel wells indeed.

There were only about thirteen of us for the entire bus, so we had ample room to spread out. The scenery in northern France was pleasant, if mostly farmland and wind turbines. The English side certainly has more interesting scenery, but it’s crossing the channel that takes the cake.

Our bus pulled up to the Port of Calais midday. We all had to get off to go through border control, which was experiencing quite a rush as all the Paris to London buses seemed to converge at that time. As an EU citizen, I sped through, nervously waiting for Clayton to appear on the other side. No need for worry, however, and we were soon back on the bus. Buses, trucks, cars, and RVs then proceeded to line up in a complicated lane system to wait to board the ferry. The ferries were far larger than I imagined, with many parking decks. The dock workers directed vehicle after vehicle up the ramps to pack in like sardines, and once on the ferry, we were shepherded off the vehicles and to the upper decks.

The ferry was like a floating mini mall. Large windows for viewing the sea and the coastline were opposite restaurants, bars, retail stores, arcades, and “Vegas Slots”. There was plenty of seating by the windows, so Clayton and I grabbed a table by one and settled in for the hour and a half journey.

Although bigger, the ferry wasn’t as wide as I thought it’d be, which coupled with the strong winds led to some rocking back and forth, making walking interesting. The sky was overcast and the sea looked cold, with white caps spitting out white mist up towards the seagulls following us. We kept a quick pace, and before I even got my sea legs, the cliffs of Dover came into view.

The white cliffs of Dover are a sight to behold. Between the raging grey sea and deep green landscape above, the cliffs are a stark white band the stretch along the coastline. As the sun peeked out from between some clouds, the light caught on the sharp edges of the limestone, providing depth to the view.The top edge looked incredibly sharp, as if the landscape was tipping into the sea (in fact, pieces often do). As we got closer and closer, the impressive height of them became more apparent, and I felt like we had front row seats. I almost pitied the train takers, who would miss this view.

Once across, a tinny voice welcomed us all to return to our vehicles, and the drivers were directed out one by one. As our bus chugged up the cliff out of the port, we could see out over the harbor. Dozens upon dozens, if not hundreds, of trucks waited to board ferries. Similar numbers had been on the other side. The massive scale of commerce can be breathtaking, but easily ignored since the scale can be hard to comprehend. Sights like this, and the Panama Canal, for example, are poignant reminders of the costly movement of millions of goods around the world each day.

On the other side of the channel, and coincidentally, the road, we completed the journey into London, our bus beeping alongside the red double-deckers in rush hour traffic. Our time in the United Kingdom was here.