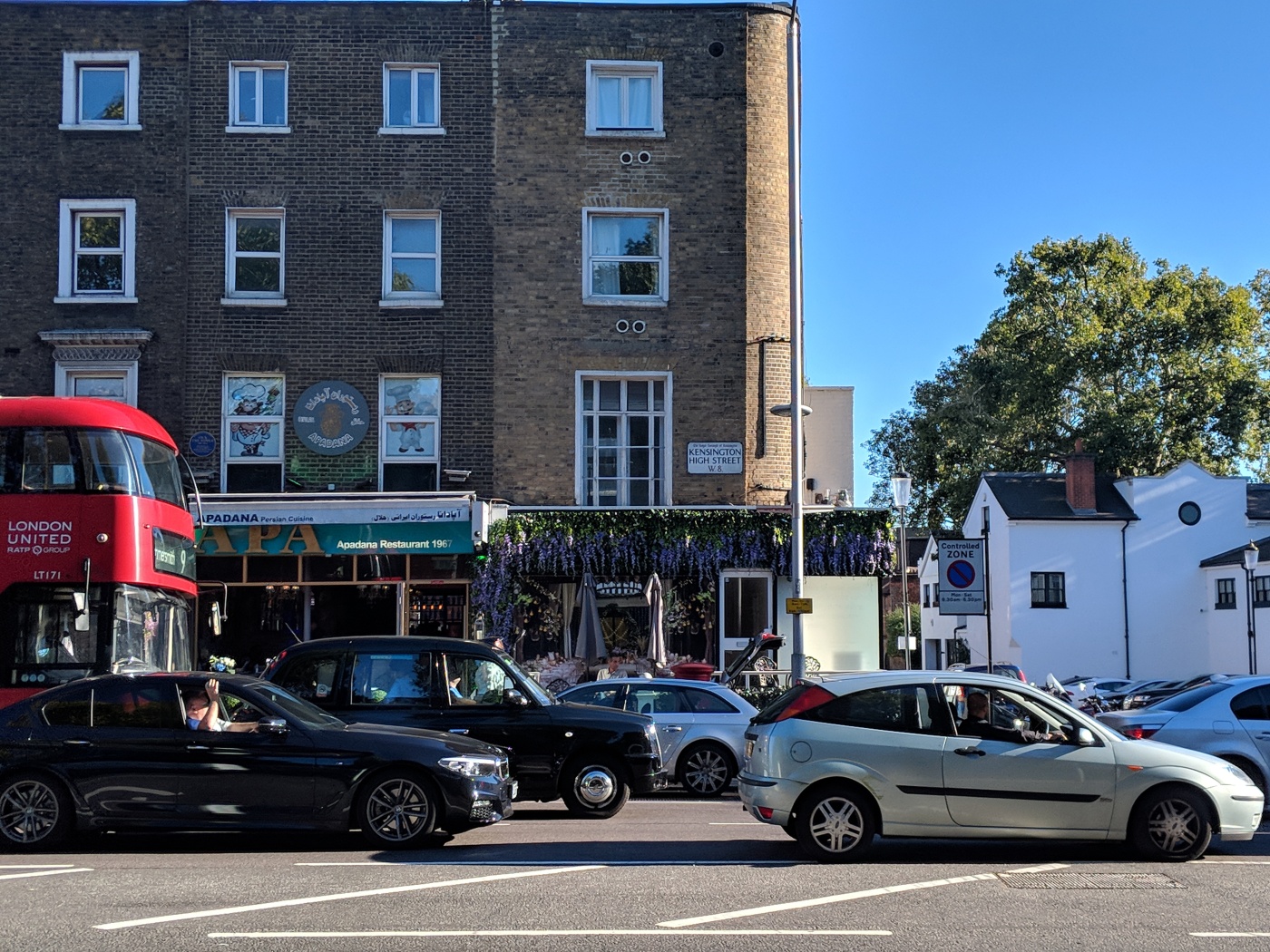 London is busy. Large. Historic. Complicated. Expensive. London is… impossible to capture in one word. Strangely, it is also the overseas city I have felt the most foreign in, despite understanding the language. Clayton and I spent three days in Central London, seeing all that we could in a shorter amount of time. Although we only scratched the surface, anything more would begin to gouge our wallets, and as we plan to circle the globe, pennies are under scrutiny.

There are certainly plenty of things to see for the budget-conscious traveler in London. Our first stop was the British Museum, and while it’s name lacks in creativity, it’s exhibition halls want for nothing. It’s free to get into which, considering what it holds, is delightful. Though I suspect it’s thought to be necessary as most of the items are, shall we say, ”borrowed” from other countries. Clayton and I wandered through halls full of ancient Egyptian statues, Greek pots, Assyrian monuments, and even artifacts from Ancient Iran. We got goose-pimples gazing at the Rosetta Stone, and my jaw hit the floor when we encountered the majesty of the Elgin marbles. Eight-year old Aurelia, who was set on being an Egyptologist and even built mummies using little kits, would have been absolutely thrilled. Let’s be honest, present-day Aurelia was giddy with excitement.  We spent hours in the museum, and by the time we pulled ourselves out, the rainy evening was fast approaching.

Our second day in London, we sought out as many of the typical sights as possible. Our first stop was Westminster Abbey. I wrinkled my nose at the steep price to get in, but once inside, my foot was in my mouth. The visit is brilliantly planned out, and there is so much to see. In fact, I remarked to Clayton that the church was jam packed, from statues to tombs to altars. Westminster Abbey is the center of Christianity in Great Britain, and the site famous for coronations and the burial place of prominent British figures. An audio guide is complimentary with the ticket, and we were able to listen to a wealth of information on the interactive tablets we were given. There was so much to see, but highlights for us were definitely the tombs of Henry V, Queen Elizabeth I, Queen Mary I, and Mary Queen of Scots. Between the two of us, we have 16 years of renaissance faire performance experience, and along with Clayton’s extensive study of Shakespeare, it was humbling to see the resting places of these historical giants. To my delight, no photographs were allowed in the church, so instead of everyone walking around with a phone in front of their face, we simply pressed play on our audio guides and were immersed.

Outside of the church, we set about completing two of Rick Steves’ walking tours. These tours are on his free app, and his delightfully quaint narration tells you where to go and the history and culture behind what you’re seeing. We started outside the Houses of Parliament and Big Ben, which was unfortunately covered in scaffolding. No picturesque scene this visit! The streets were packed with tourists. It was a bit frustrating to dodge and weave through the thick crowds, and there were the usual scammers out looking to take advantage of tourists. Luckily we know to immediately say “no” forcefully when approached by anyone, but it’s still pretty jarring. Clayton had to back-up numerous steps to evade a woman trying to stick a flower in his collar. We didn’t linger there long. Rick took us through Westminster and the City of London, with stops including the Temple Church, the Twinings Tea House, and Dr. Samuel Johnson’s house. We opted to go into the latter, which was now a small museum dedicated to the man. Even if you haven’t heard of him, you’ve probably heard of the quote attributed to him: “He who is tired of London is tired of Life”. Most importantly, he authored the first comprehensive English dictionary, and we got to see a first edition. I think my favorite part about him was that he put up a statue of his cat in the street outside his house – he had his priorities straight. But I digress. You’ll notice I mentioned Westminster and City of London separately – London is more a collection of neighborhoods than one cohesive city, with each neighborhood boasting it’s distinct vibe.

The tour ended on London Bridge, back on the banks of the Thames and near the Monument to the Great Fire of London. Our tours had taken us across a large area of London, and it was hard to believe that this area in its entirety was engulfed in unforgiving flames in 1666. There were great fires, and then there was the Great Fire. It started in a bakery on Pudding Lane, and within a few days, the landscape of London was changed forever. I highly suggest reading up on the story of the Great Fire – it’s tragic, but riveting. This monument was erected by Christopher Wren, who was an architect that was commissioned to essentially rebuild London after the fire. Most of the churches and monuments seen in the City of London today were designed by him, including St. Clement Danes, the Temple Bar, and the new St. Paul’s Cathedral. His works dotted the streets and alleys of our tour, stuck in-between the modern, business-like buildings.

For our last full day in London, we were meant to go visit the Tower of London and the Globe Theatre. Both pricey visits, but nevertheless places that interested us. However, neither of us felt up to braving the overcrowded trains and masses of tourists that downtown London would bring. Instead, we made a little trip to Holland Park, a suburban location that has a special place in my dorky heart. I grew up watching British television with my father. As Time Goes By was one of our particularly favorite shows, and was on every Saturday night. I loved the weekly tradition of snuggling up on the couch to watch, even if I almost always had a video game in hand (most likely Legend of Zelda). I felt safe and at peace in those moments, especially those evenings when I was deliciously sleepy after spending the day racing on the Occoquan river with my crew team. The show itself, starring Dame Judi Dench and Geoffrey Palmer, was a quaint British show that ran from 1992 to 2005, and was about two lovers who had lost touch when they were young and ended up meeting again by chance late in life. I must have seen each episode of the series five times if I’ve seen them once, and know each by heart. I adore it. And darn it, why not get a picture where it was filmed?

To my utter delight, the street and house number where it was filmed was exactly like the show, right down to the old 90s cars still lining the street. It’s a residential address now, so you can’t go in, but Clayton patiently took pictures with me in front of “Jean’s house”, “Lionel’s flat”, and “Jean’s secretarial agency”, all within walking distance from one another. We stopped at a delightful pub for lunch and meandered through the lush Holland Park itself on the way back to the train station, accidentally stumbling across yet another filming location.

The decision to go to the filming locations instead of the Tower or the Globe was a difficult one, and I felt guilty at first. How could I have gone to London and not gone to the Tower? Seen Buckingham Palace? Been to the Globe? I think that at the end of the day, being a tourist isn’t about going to certain monuments and museums, or doing any of the sightseeing expected of you. It’s about what you want to see, what you’ll personally get out of it, and what really speaks to your heart. Besides, London will be there (there are certainly better fire fighting procedures now than in 1666, thank goodness), and we’ll be back. For now though, off to Edinburgh.

I admit that I was surprised at the flavor of London. The images I had in my head were not matched up at all to the reality of the 21st century city. Of course, I realistically knew that the Tudor houses and Victorian streets were part of a bygone era, but having spent so much time reading and learning about those times for performance study or just pure interest, it was still jarring to see such a modern city. The city is rich in history, it’s true – it’s just that most physical evidence of it is gone, lost to the flames and sinking sands of time. The city has been practically leveled on multiple occasions, including the Great Fire and the Blitz of World War II, where London was bombed for 57 consecutive nights. Any physical pieces of history that do still remain are immaculately maintained, but crammed with tourists and expensive to get into. I admit that I am glad that I saw London, and I do want to return to see some of the sights we missed like the Tower of London or Hampton Court. But I may yet prefer to watch old period pieces where beautiful dresses swirl to the clip-clop of horse shoes.

4 thoughts on “Fish and Chips and Witty Quips: Three Days in London”